Blessed are you if you have a testimony that God has spoken from the heavens; that His priesthood is again among men; that the gospel in its purity and fulness is here to bless mankind; and that we will be judged by its principles. These truths will, if you are wise, take precedence in your lives “over all contrary theories, dogmas, hypotheses or relative-truths from whatever source or by whomsoever” advocated. END_OF_DOCUMENT_TOKEN_TO_BE_REPLACED

I’ve built an online store for TempleStudy.com using Amazon.com, and today is its grand opening!  I did this primarily for three reasons:

The Curitiba Brazil Temple public open house began a couple days ago, on May 10th, and will run through May 24th. Can’t attend? Mike Batie has put together another well-done video of official photographs of the outside and inside of this new temple. It does the good service of feeling like you are there. Wouldn’t it be great if the Church put together virtual tours online of the new temples for the many members, and members of other faiths, of the world who are too far away to attend the open house? In the meantime, this does a pretty good job.

The temple in Curitiba Brazil was announced in August 2002, and groundbreaking was in March 2005. The dedication of the temple will take place on June 1st, following a cultural celebration that is expected to be attended by 25,000 people.

The excellent music in this video is by Lex de Azevedo, “If you Could Hie to Kolob,” on the album Variations on a Sacred Theme: Vol. 2, available at Deseret Book, or Amazon.com. 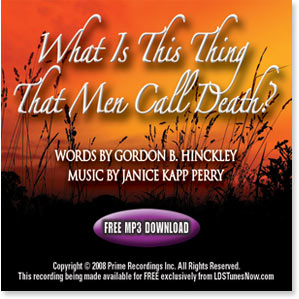 Here is another short video of the inside of LDS (Mormon) temples.  This video was found shared by Mike Batie, and was compiled from official published photographs by the LDS Church of the inside of temples.  Usually these photos are taken by the Church during its public open house, and before the dedication, after which the temple is closed to the public and set apart for performing sacred saving ordinances of the gospel of Jesus Christ.

The excellent music is entitled “The Power of Heaven,” with words and music by Steven Kapp Perry, arranged by Greg Hansen, and from the 1999 album “As Temples Fill the Earth.”  The vocalist is Tammy Simister Robinson.  You can buy the album at the BYU Bookstore or at Deseret Book.