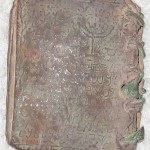 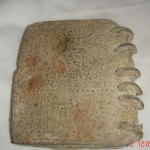 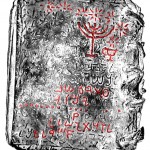 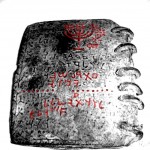 UPDATE: See the latest updates about this discovery at Jordanian Lead Plates: Authentic or Forgery?
—
David Larsen at HeavenlyAscents.com has pointed out an interesting recent discovery (see his posts here and here).  A collection of dozens of books made from metal plates have been found in Jordan that initial tests show date from the first century AD.

Now this certainly sounds exciting, particularly to the Latter-day Saints. As we know, Joseph Smith said that he received and translated ancient sealed gold plates, in what became The Book of Mormon.

This find is interesting for a number of reasons:

“The Book of Revelation tells of a sealed book that was opened only by the Messiah. Other texts from the period tell of sealed books of wisdom and of a secret tradition passed on by Jesus to his closest disciples. That is the context for this discovery. So if they are forgeries, what are they forgeries of?”

Extensive investigation must still be done to verify the authenticity of these plates and their meaning.  If they are genuine, this could be a huge discovery. (See an update of this discovery from the BBC News).

See below for the full press release issued today about the find:
Sealed