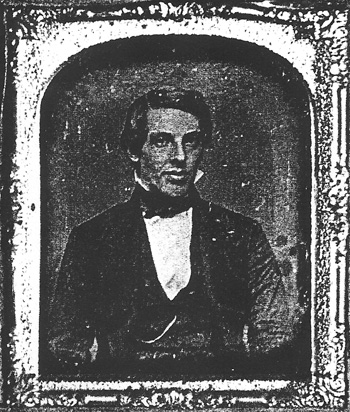 The story of how the finder acquired this image is interesting, mentioning how the Brazilian book he found it in only said that it came out of New York in 1845. When was the last time Joseph was in New York? Why would it be in New York? He also includes higher resolution scans of a photocopy that he has of the original (which is currently lost). Correction: the photocopy is from a book. The original daguerreotype is in the Museu Paulista – Universidade de São Paulo, Brazil). 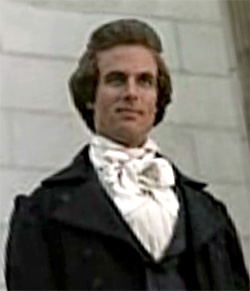 An article in the New Era a few years ago gives a description of Joseph from a combination of all the accounts:

If this isn’t a photo of Joseph, it does helps us imagine him more closely.

Update 3/27/08: Incidentally, this daguerreotype reminds me a lot of the actor who played Joseph Smith in the film Legacy: A Mormon Journey. 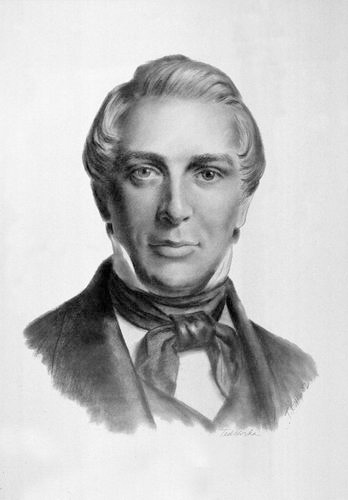 Update 3/27/08: Also consider this drawing of Joseph Smith by Theodore Gorka in 1982, which is now in the Museum of Church History and Art. I’m particularly interested in the way the forehead and chin are receding, and the prominence of the nose, like the death mask (which is probably where Gorka got his inspiration). The upper lip is also very defined. Most of the early images of Joseph were side profile sketches, but which clearly show just how strong his nose was on his face. See more below:
[photoxhibit=3]

Update 3/27/08: Correction. The finder at LDSA says that the author of the book Retratos Quase Inocentes, a Mr. Carlos Eugenio M. de Moura, acknowledges that this “daguerrotype in question is, in fact, at the Museu Paulista – Universidade de São Paulo.” We’ll see if he can track down a color hi-res of this. Maybe someone should just order the book off the Brazilian website.