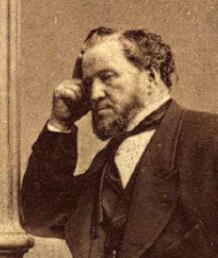 We have not, neither can we receive here, the ordinance and the keys of the resurrection. They will be given to those who have passed off this stage of action and have received their bodies again, as many have already done and many more will. They will be ordained, by those who hold the keys of the resurrection, to go forth and resurrect the Saints, just as we receive the ordinance of baptism, then the keys of authority to baptize others for the remission of their sins. This is one of the ordinances we can not receive here, and there are many more.

We hold the authority to dispose of, alter and change the elements; but we have not received authority to organize native element to even make a spear of grass grow. We have no such ordinance here. We organize according to men in the flesh. By combining the elements and planting the seed, we cause vegetables, trees, grains, &c., to come forth. We are organizing a kingdom here according to the pattern that the Lord has given for people in the flesh, but not for those who have received the resurrection, although it is a similitude.

Another item: We have not the power in the flesh to create and bring forth or produce a spirit; but we have the power to produce a temporal body. The germ of this, God has placed within us. And when our spirits receive our bodies, and through our faithfulness we are worthy to be crowned, we will then receive authority to produce both spirit and body. But these keys we cannot receive in the flesh. Herein, brethren, you can perceive that we have not finished, and cannot finish our work, while we live here, no more than Jesus did while he was in the flesh.

We can not receive, while in the flesh, the keys to form and fashion kingdoms and to organize matter, for they are beyond our capacity and calling, beyond this world. In the resurrection, men who have been faithful and diligent in all things in the flesh, have kept their first and second estate, and worthy to be crowned Gods, even the sons of God, will be ordained to organize matter. How much matter do you suppose there is between here and some of the fixed stars which we can see? Enough to frame many, very many millions of such earths as this, yet it is now so diffused, clear and pure, that we look through it and behold the stars. Yet the matter is there. Can you form any conception of this? Can you form any idea of the minuteness of matter?….

We will operate here, in all the ordinances of the house of God which pertain to this side the vail, and those who pass beyond and secure to themselves a resurrection pertaining to the lives will go on and receive more and more, more and more, and will receive one after another until they are crowned Gods, even the sons of God. This idea is very consoling. We are now baptizing for the dead, and we are sealing for the dead, and if we had a temple prepared we should be giving endowments for the dead-for our fathers, mothers, grandfathers, grandmothers, uncles, aunts, relatives, friends and old associates, the history of whom we are now getting from our friends in the east….

I am going to stop my talking by saying that, in the millennium, when the kingdom of God is established on the earth in power, glory and perfection, and the reign of wickedness that has so long prevailed is subdued, the Saints of God will have the privilege of building their temples, and of entering into them, becoming, as it were, pillars in the temples of God, and they will officiate for their dead. Then we will see our friends come up, and perhaps some that we have been acquainted with here. If we ask who will stand at the head of the resurrection in this last dispensation, the answer is-Joseph Smith, Junior, the Prophet of God. He is the man who will be resurrected and receive the keys of the resurrection, and he will seal this authority upon others, and they will hunt up their friends and resurrect them when they shall have been officiated for, and bring them up. And we will have revelations to know our forefathers clear back to Father Adam and Mother Eve, and we will enter into the temples of God and officiate for them. Then man will be sealed to man until the chain is made perfect back to Adam, so that there will be a perfect chain of priesthood from Adam to the winding-up scene.

This will be the work of the Latter-day Saints in the millennium. How much time do you suppose we have to attend to and foster Babylon? I leave this question for you to answer at your pleasure. I have no time at all for that, I say, and stop my sayings.  (Journal of Discourses, 15:137-38).