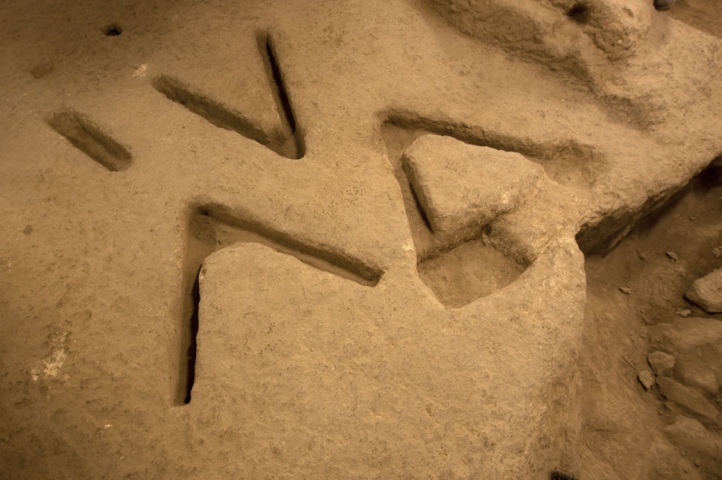 Matti Friedman of the Associated Press published news about a recent excavation in the City of David in Jerusalem, near the Gihon Spring. The excavation revealed an interesting set of markings carved into the stone floor of a room, and expert archeologists cannot determine what their meaning or use was. The markings consist of three “V” marks, or perhaps gammadia “Γ,” although one is inverted from the other two, plus a straight line mark. They date to about 800 B.C.

None of the experts are even guessing at what these marks were use for, or why they’re there; “no one… has any idea.” The report does venture some speculation, however,

“They might have had a ritual function or one that was entirely mundane… The purpose of the complex is part of the riddle. The straight lines of its walls and level floors are evidence of careful engineering, and it was located close to the most important site in the city, the spring, suggesting it might have had an important function. A unique find in a room beside the one with the markings — a stone like a modern grave marker, which was left upright when the room was filled in — might offer a clue. Such stones were used in the ancient Middle East as a focal point for ritual or a memorial for dead ancestors, the archaeologists say… But the ritual stone does not necessarily mean the whole complex was a temple. It might simply have marked a corner devoted to religious practice in a building whose purpose was commonplace.”

It’ll be interesting to see what they discover further about these strange markings. They remind me of some similar stone markings I saw a few years ago that date from a completely different time and place, found on the exterior wall of a very old church in Toledo, Spain. I took a picture, below. 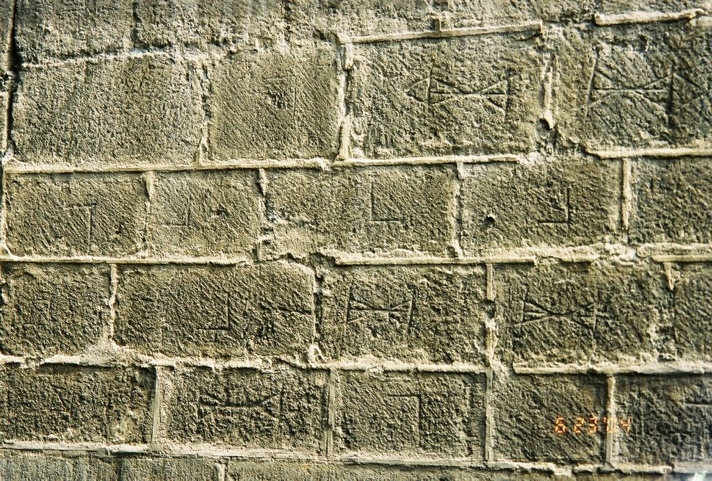