There is an interesting doctrinal discussion on a post by KC Kern over at Mormon Matters entitled “The Reason for the World.” In it, KC compares the lyrics of the song “The Riddle” by the group “Five for Fighting” to Mormon theology. It is an intriguing comparison in which he analyzes the song’s lyrics of what the purpose of this earth is and why we are all here. What he boils it down to is the principle of love. If it were not for love, the purposes of the earth’s creation would be utterly wasted (JS-H 1:38-39).

This made me think of a scripture in 1 Corinthians which also speaks of the ideals of love, END_OF_DOCUMENT_TOKEN_TO_BE_REPLACED 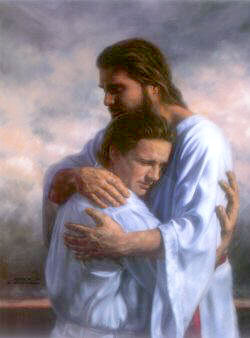 This first scripture is, no doubt, the most read scripture in all the Church, and possibly the most read from the LDS canon outside of the Church. Members of the Church have all read this scripture over and over as they begin reading the Book of Mormon and recommit to daily scripture study and finishing the Book of Mormon. We are familiar with the honor Nephi bestows upon his parents, his telling of the afflictions he suffered throughout his life, the way the Lord favored Nephi and blessed him greatly, and thus Nephi begins his record. This first verse of the Book of Mormon could probably be recited from memory by most members of the Church because of its frequent repetition. But did you know that this first verse, indeed the entire small plates of Nephi, might have overarching temple themes?
END_OF_DOCUMENT_TOKEN_TO_BE_REPLACED