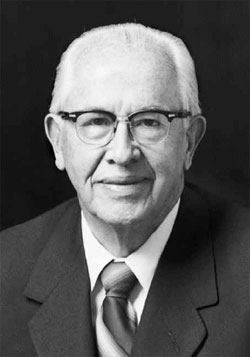 In recent weeks I have encountered what I consider to be one of the most damaging forms of criticism of the Church.  You might think that it is from all the anti-Mormon literature or propaganda.  Or perhaps it is those who are so vocal as to picket the curbs at our General Conferences with signs, profanity, and filth.  You might think it is those who have become disaffected, have left the Church, and are now eager to tear it down or “expose” it for what they see as serious problems.  You might think it is the work of scholars who have been excommunicated, and now find intellectual haven in promoting arguments against the learned.  You might even think that it is those tribulations that come from the adversary himself.  But this is not the case.

There is a much more gross and pernicious form of criticism of the restored gospel and of the Lord’s restored Church.  It is that criticism which comes from within the Church.

I know that this runs in the same current as several of my latest posts, but I strongly believe that “it becometh every man who hath been warned to warn his neighbor” (D&C 88:81).  And it also has a direct relationship to the covenants we make to God in the temple.  END_OF_DOCUMENT_TOKEN_TO_BE_REPLACED

I just posted an article over at Millennial Star on this interesting subject.  Check it out:

“Is Evil the Absence of God?“