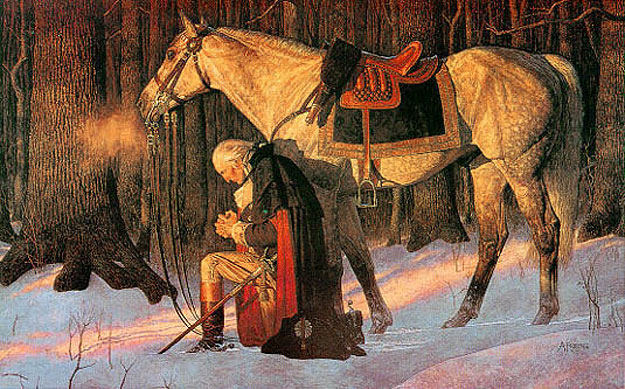 We hold these truths to be self-evident, that all men are created equal, that they are endowed by their Creator with certain unalienable Rights, that among these are Life, Liberty and the pursuit of Happiness. ((http://en.wikipedia.org/wiki/Life,_liberty_and_the_pursuit_of_happiness))

The phrase was an expansion from John Locke’s 1689 publication entitled Two Treatises of Government in which he identified these liberties as “life, liberty, and estate (or property).”  Locke further qualified this by saying that “no one ought to harm another in his life, health, liberty, or possessions.”  Wikipedia notes that George Mason used this tripartite motto in May of 1776 in the Virginia Declaration of Rights:

That all men are by nature equally free and independent and have certain inherent rights, … namely the enjoyment of life and liberty, with the means of acquiring and possessing property, and pursuing and obtaining happiness and safety. ((ibid.))

Being shortly before the Second Continental Congress, this statement may have largely influenced Thomas Jefferson in his writing the Declaration.  In Mason’s draft he added, “all men are born equally free,” and hold “certain inherent natural rights, of which they cannot, by any compact, deprive or divest their posterity” ((http://en.wikipedia.org/wiki/Inalienable_rights)).  Other countries had also adopted a similar triptych such as France’s “liberté, égalité, fraternité” (liberty, equality, fraternity) ((http://en.wikipedia.org/wiki/Life,_liberty_and_the_pursuit_of_happiness)).

The existence of a belief in such endowments as these, bestowed by the “Creator” himself, seems to go back to the earliest history of mankind, even the Egyptians, as we have recently noted in our series on the ankh, who constantly portrayed the gods bestowing “Life! Health! Strength!” or “Life! Prosperity! Health!” as part of their religious rites of regeneration, resurrection, eternal life, and becoming one with deity.  Could Jefferson have been repeating an ancient formula?

One thing is certain, we believe that the Founding Fathers were raised by the hand of Almighty God for a divine purpose.  President Ezra Taft Benson taught:

The foundation of the United States of America is spiritual. We must never forget this vital truth. This country was founded on a belief in the sovereignty of God, and He, not man, granted man his rights. This was possible because the Founding Fathers of this nation were God-fearing men disposed to deliberately acknowledge the hand of God in the events that brought about the nation’s independence.

The Lord raised up the founders of the United States, sanctioned their work, and designated them “wise men.” His approbation of their work is recorded in section 101 of the Doctrine and Covenants: “And for this purpose have I established the Constitution of this land, by the hands of wise men whom I raised up unto this very purpose, and redeemed the land by the shedding of blood” (D&C 101:80). ((Ezra Taft Benson, “The Faith of our Founding Fathers,” in Faith, 20.))

In 1877 the Founding Fathers appeared in vision to Elder Wilford Woodruff, president of the St. George Temple at the time and one of the Twelve Apostles, and desired their temple work to be done for them:

Before I left St. George, the spirits of the [Founding Fathers] gathered around me, wanting to know why we did not redeem them. Said they, “You have had the use of the Endowment House for a number of years, and yet nothing has ever been done for us. We laid the foundation of the government you now enjoy, and we never apostatized from it, but we remained true to it and were faithful to God.” These were the signers of the Declaration of Independence, and they waited on me for two days and two nights. . . . I straightway went into the baptismal font and called upon Brother McCallister to baptize me for the signers of the Declaration of Independence, and fifty other eminent men, making one hundred in all, including John Wesley, Columbus, and others. ((Journal of Discourses 19:229.))

Those men who laid the foundation of this American government and signed the Declaration of Independence were the best spirits the God of heaven could find on the face of the earth. They were choice spirits, not wicked men. General Washington and all the men that labored for the purpose were inspired of the Lord. . . .

Everyone of those men that signed the Declaration of Independence, with General Washington, called upon me, as an Apostle of the Lord Jesus Christ, in the Temple at St. George, two consecutive nights, and demanded at my hands that I should go forth and attend to the ordinances of the House of God for them. ((Conference Report, April 1898, pp. 89-90.))

Shortly after Spencer W. Kimball became president of the Church, we met together in one of out weekly meetings. We spoke of the sacred records that are in the vaults of the various temples of the Church. As I was soon to fill a conference assignment to St. George, President Kimball asked if I would go into the vault at the temple and check the early records. In so doing, I realized the fulfillment of a dream I had had ever since learning of the visit of the Founding Fathers to this sacred place. I saw with my own eyes the records of the work that was done for the Founding Fathers of this great nation, beginning with George Washington. I was deeply moved on that occasion to realize that these great men returned to this promised land by permission of the Lord and had their ordinance work done for them. If they had not been faithful men, if they had not been God-fearing men, would they have come to the elders of Israel to seek their temple blessings? I think not. The Lord raised them up, sanctioned their work, and proclaimed them “wise men.” Moreover, a president of the Church declared them to be the “best spirits the God of heaven could find on the face of the earth,” and testified that they were “choice spirits” and “inspired of the Lord.” ((Ezra Taft Benson, “The Faith of our Founding Fathers,” in Faith, 21.))

That these men were God-fearing cannot be denied:

George Washington: “The success, which has hitherto attended our united efforts, we owe to the gracious interposition of Heaven, and to that interposition let us gratefully ascribe the praise of victory, and the blessings of peace.” (To the Executive of New Hampshire, November 3, 1789, Writings 30:453.)

Alexander Hamilton: “The Sacred Rights of mankind are not to be rummaged from among old parchments or musty records. They are written . . . by the Hand of Divinity itself.” (An Essay, “The Farmer Refuted,” 1775.) “For my own part, I sincerely esteem it a system, which without the finger of God, never could have been suggested and agreed upon by such a diversity of interests.”

Thomas Jefferson: “The God who gave us life gave us liberty at the same time.” (Rights of British America, 1774.)

Benjamin Franklin: “The longer I live the more convincing Proofs I see of this Truth. That God Governs in the Affairs of Men!—And if a Sparrow cannot fall to the Ground without his Notice, is it probable that an Empire can rise without his Aid?—We have been assured, . . . in the Sacred Writings, that ‘except the Lord build the House, they labour in vain that build it.’ I firmly believe this;—and I also believe that without his concurring Aid we shall succeed in this political building no better than Builders of Babel.” (Prayer during Constitutional Convention, June 28, 1787.)

James Madison: “It is impossible for the man of pious reflection not to perceive in it a finger of that Almighty hand which has been so frequently and signally extended to our relief in the critical stages of the revolution.” (Federalist Papers, no. 37.)

Samuel Adams: “Revelation assures us that ‘Righteousness exalteth a Nation’—Communities are dealt with in this World by the wise and just Ruler of the Universe. He rewards or punishes them according to their general Character.” (Letter to John Scollary, 1776.)

Charles Pinckney: “When the great work was done and published, I was . . . struck with amazement. Nothing less than that superintending hand of Providence, that so miraculously carried us through the war, . . . could have brought it about so complete, upon the whole.” (P. L. Ford, ed., Essays on the Constitution, 1892, p. 412.) ((ibid., 23-24.))

President Benson adds, “It was not just incidental, nor was it mere political platitude, that the name of God was mentioned in the Declaration of Independence four times and that our inspired national motto became ‘In God We Trust.'” ((ibid., 24.))

This nation was founded on certain principles, chief among which was the expressed statement that all men are “endowed by their Creator with certain unalienable rights.” This pronouncement recognizes God as the Creator of man and that man’s rights are an inherent gift from their Creator.

I know that God had his hand in the establishment of this great country.  It was the foundation for the restoration of the gospel of Jesus Christ, and a base for the kingdom of God on earth to roll forth to the world.  May we always remember the Fount from whence we sprung, even Jesus Christ, for if we do not, we will assuredly be swept off (Ether 2:9-10, 12).