I recently came upon two vastly different modes of thinking about death.  The juxtaposition of these two starkly different views is very interesting. 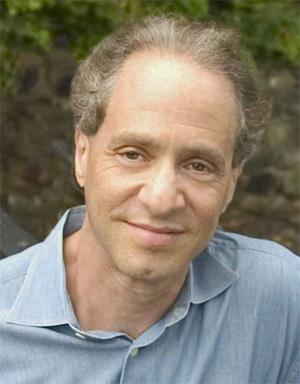 He’s also on a quest to abolish death.  He takes 150 pills every day, consisting of supplements, vitamins, and other agents to hopefully slow down his body’s aging processes.  He explained why on a recent NOVA program “Can We Slow Aging?”

In my view, death is a great robber of all the things that give meaning to life.  It destroys knowledge, and wisdom, and relationships. And there is actually a lot of things you can do to slow down these aging and disease processes…  The goal right now is to live long enough to get to a future point where we will have technologies that will extend our longevity even further.

Ultimately, Ray hopes that a future day will come when our advances in science, medicine and technology will become so sophisticated that we will be able to completely do away with death and essentially become immortal, choosing if or when we die ((See also the recent documentary film about Raymond Kurzweil titled Transcendent Man.)).

As with many secular scientists, he is extremely fearful of death.  In his view, the only way of overcoming it is by preventing it, with science.  Not only that, but in a future day he believes we may be able to bring people back from the dead through science and technology (either Jurassic Park-like and/or intelligence), as Raymond hopes to do with his late father ((Ibid.)).  His latest book is entitled Transcend: Nine Steps to Living Well Forever. 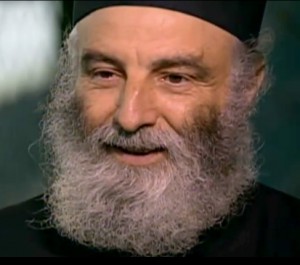 Contrast that view with that of the Orthodox monks of Mt. Athos in Greece.  Recently 60 Minutes did a special program (Part 1, Part 2) about these ultra-secluded monks; they visited them and interviewed them about their way of life.  One of the topics discussed with them was their view of death.

60 Minutes: Total union with Christ is only possible when they leave this world.

Monk: “The first thing a monk does is embrace and love death…”

Monk: “…because death is the ticket to the other life.  Without a ticket, you can’t travel.”

Monk: “In this life.  That’s what we do each day.  We prepare for death.  And we’re joyful about our journey to heaven.”

These monks are not fearful of death; it’s quite the opposite.  They embrace it, long for it, look forward to it, love it, and prepare every day for the time when they will take their journey to heaven to be with Christ again.  There is no need to overcome death because death, to them, is the passageway to Christ.  Death is not an end, but another glorious beginning.

In Harold Bloom’s quote about men’s apprehension of death cited at the beginning, he also said,

Of all religions that I know, the one that most vehemently and persuasively defies and denies the reality of death is the original Mormonism of the Prophet, Seer, and Revelator Joseph Smith. ((http://newsroom.lds.org/ldsnewsroom/eng/commentary/what-is-this-thing-that-men-call-death))

Wow.  What was Bloom talking about?  Of all the religions he encountered, which were probably quite a few, the one that most defied and denied death was the religion of The Church of Jesus Christ of Latter-day Saints.  This is quite a statement.  But why?  Why does Mormonism have such a strong position against death?

I think there are several reasons why, which form a framework of belief that makes death a necessary step in our progression, but otherwise is inconsequential:

Besides the universal resurrection, these blessings are promised by God through the covenants and ordinances available in temples of God throughout the earth.

What are your thoughts on these vastly different views of death?  Why does the LDS faith have such a unique position on death?  Let us know your thoughts in the comments.