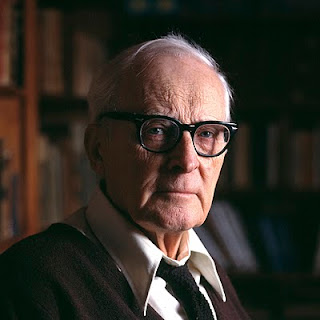 I recently came upon two vastly different modes of thinking about death.  The juxtaposition of these two starkly different views is very interesting.   END_OF_DOCUMENT_TOKEN_TO_BE_REPLACED

One of our readers, RBiddulph, recently pointed me to a quote by Harold Bloom, a well-known literary and cultural critic who is currently a Sterling Professor of the Humanities at Yale University, who once said this about Joseph Smith:

I can only attribute to his genius or daemons his uncanny recovery of elements in ancient Jewish theurgy that had ceased to be available either to Judaism or to Christianity, and that had survived only in esoteric traditions unlikely to have touched Smith directly. (Harold Bloom, The American Religion, 101.)

Theurgy means the working of divine agency or intervention in human affairs.

The following hymn was written by W. W. Phelps to the memory of Joseph Smith, who was assassinated at Carthage Jail, Carthage, Illinois, on June 27, 1844:

Praise to the man who communed with Jehovah!
Jesus annointed that Prophet and Seer.
Blessed to open the last dispensation,
Kings shall extol him, and nations revere.

Praise to his memory, he died as a martyr;
Honored and blest be his ever great name!
Long shall his blood, which was shed by assassins,
Plead unto heaven while the earth lauds his fame.

Great is his glory and endless his priesthood.
Ever and ever the keys he will hold.
Faithful and true, he will enter his kingdom,
Crowned in the midst of the prophets of old.

Sacrifice brings forth the blessings of heaven;
Earth must atone for the blood of that man.
Wake up the world for the conflict of justice.
Millions shall know “brother Joseph” again.

Hail to the Prophet, ascended to heaven!
Traitors and tyrants now fight him in vain.
Mingling with Gods, he can plan for his brethren;
Death cannot conquer the hero again.

Today the LDS Newsroom has an article on life and death, following the passing of President Hinckley.  I like the quote that they gave from Harold Bloom:

Regarding the undaunted way in which Latter-day Saints confront death, well-known literary scholar Harold Bloom proclaimed the following: “What is the essence of religion? … Religion rises inevitably from our apprehension of our own death. To give meaning to meaninglessness is the endless quest of all religion. … Of all religions that I know, the one that most vehemently and persuasively defies and denies the reality of death is the original Mormonism of the Prophet, Seer, and Revelator Joseph Smith.”

The entire reason for religion is man’s apprehension of death.  Hugh Nibley was wont to quote a poem by A.E. Housman on this subject of man’s preoccupation with life and death:

. . . men at whiles are sober
And think by fits and starts,
And if they think, they fasten
Their hands upon their hearts. ((Qtd. in Nibley, “Prophets and Glad Tidings,” The World and the Prophets, 259-67, http://maxwellinstitute.byu.edu/publications/bookschapter.php?bookid=54&chapid=515))

Man has not been able to get away from death.  Man has thought about it since time began, and it preoccupies his thoughts day in and day out.  It is part of the “terrible questions” as Nibley put it, that man has made since the start.  Where did we come from?  Why are we here?  Where are we going?  What is the purpose of this life?  What will happen to me after I die?  What will I do for eternity?  It is the subject of much art, literature, and religion since the beginning.  If there is one thing that man fears most, it is probably death, and the unknown that accompanies it.

But the Latter-day Saints know differently.  We thank God for a latter-day prophet, Joseph Smith, who restored the truths of the physical and bodily resurrection, of the sealing of eternal families, and the principles of eternal life and exaltation, and what eternity consists of, teachings we learn about and make a promised reality in the temples of the Lord.