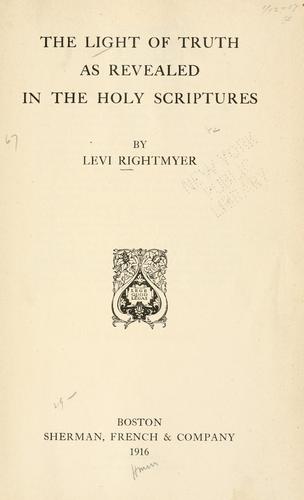 Here are some of the more interesting points that Rightmyer notes in his section on Melchizedek (my commentary added in brackets):   END_OF_DOCUMENT_TOKEN_TO_BE_REPLACED

I have had a question in my mind for some time over the many instances in the scriptures which tell us that baptism is the key to being saved in the kingdom of God. For example, when Christ appears to the Nephites and teaches them His doctrine:

I have often thought, “What about the temple? Aren’t the temple ordinances, and particularly being sealed to your spouse in the temple (or celestial marriage), required for entrance into God’s kingdom also?”

I read some material somewhere this past week that helped resolve this question.

Both baptism and celestial marriage are required to enter into the kingdom of God, but in differing degrees of inheritance. Both of these ordinances are called new and everlasting covenants (see D&C 22:1 and D&C 132:4). They are the only ordinances to be so named because they permit us to enter different portions of God’s kingdom. Baptism is required to enter the celestial kingdom (D&C 76:51-52). Everyone so baptized, and worthy, may enter there. In addition to baptism, celestial marriage is required to enter into the highest degree of the celestial kingdom, and receive a fulness and exaltation (D&C 132:19). So, in a sense, one or the other ordinance can be said as the key necessary to enter into the kingdom of God, depending on whether we’re talking about the front door or our throne room.

It is also interesting to note that these two ordinances are exclusive in that they are the only two ordinances of the gospel that invoke the titles of the three members of the Godhead—”in the name of the Father, and of the Son, and of the Holy Ghost” (D&C 20:73). Perhaps this is the case because all three members of the Godhead dwell in the celestial kingdom (D&C 76:62, 77, 86), and thus all three may be required for authorization to pass from one area to another in that exalted sphere.