The Interpreter Foundation sponsored a conference on November 9, 2013, entitled “Science & Mormonism: Cosmos, Earth & Man” in Provo, Utah.  It was filmed.  Videos of each of the presentations are now available for free viewing on The Interpreter Foundation’s YouTube channel, or at MormonInterpreter.com.  They are also embedded below. END_OF_DOCUMENT_TOKEN_TO_BE_REPLACED 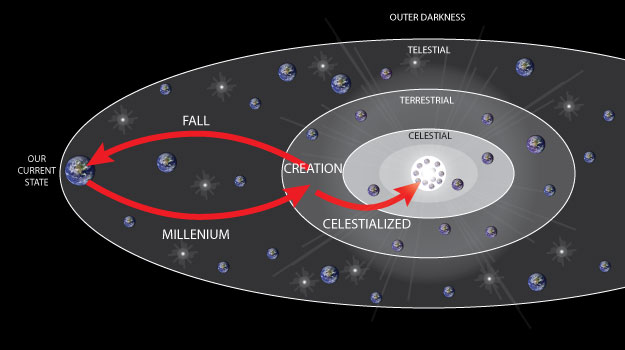 God’s perception of time and space are incomprehensible to our mortal and finite minds (Isa. 55:8-9).  However, if the temple is an accurate model of the universe, then it should be possible to reproduce an approximate visual representation of the universe from what we learn from the temple, which is what I’ve attempted above. END_OF_DOCUMENT_TOKEN_TO_BE_REPLACED