The truth of the matter is that everything we think we know about tithing is most likely wrong.  This could come as a shock to some, but when you get right down to what tithing is, as revealed by the Lord through the prophet Joseph Smith in this dispensation, it is not what we commonly think it is.  Personally, I think this is unfortunate, because we do not know what the Lord revealed and commanded, and if we are thus ignorant, how do we expect to be able to follow His word?  What does the Lord say?  What do our scriptures teach? END_OF_DOCUMENT_TOKEN_TO_BE_REPLACED 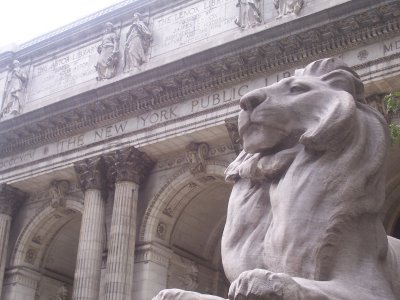 I attended an endowment session in the Mount Timpanogos temple early this morning. It was a marvelous experience. I loved walking into the temple while it was dark outside, lights illuminating the angel Moroni, and then later walking out in the early light of the morning, a haze blanketing the ground. In fact, I think it was my first visit to the temple in the morning hours. The dawn light that begins to stream through the windows into those hallowed halls from the rising sun, reflecting off mirrors and chandeliers, is inspiring and beautiful.

I love the temple workers, many of whom sit or stand in the hallways or doorways, kindly directing temple patrons in the right direction. It seems like a menial task, one that they attend to for hours at a time, but it is an important one. They help get things done, keep things in order, protect the sanctity of the temple, and allow the temple patrons to enjoy their experience in the temple. They remind me of something Hugh Nibley once said:

I have always been furiously active in the Church, but I have also be a nonconformist and have never held any office of rank in anything. I have undertaken many assignments given me by the leaders, and much of the work has been anonymous: no rank, recognition, no anything. While I have been commended for some things, they were never things which I considered most important. That was entirely a little understanding between me and my Heavenly Father which I have thoroughly enjoyed, though no one else knows anything about it. . . . I would rather be a doorkeeper in the House of the Lord than mingle with the top brass in the tents of the wicked. ((John Welch, A Doorkeeper in the House of the Lord, <http://farms.byu.edu/publications/nibleywelch.php>))

Nibley clearly knew where he held his priorities and focus in life. He didn’t care about the fads, fashions, trends, and popularity of the day. There were greater things to attend to. However small a task may seem of attending to a door or hallway in the temple is, it is a job which has been commissioned by the Lord for service in His holy house. I can’t think of many more worthy ways to spend one’s time than in the Lord’s service.

In another reference to doorkeepers, Nibley once described a figure in an ancient Egyptian papyrus (Herweben) thus:

A lion-headed figure, designated as “Doorkeeper of the House of Truth” (lions still guard the doors of our courthouses), conducts Herweben to a door or screen that is opened. ((Hugh Nibley, The Message of the Joseph Smith Papyri, 2005, p. 93))

Indeed, you can still see large stone-sculpted lions, or doorkeepers, in front of many government, financial, or intellectual buildings today, which symbolically guard the entrances from those who are not permitted to enter, and to protect that which is held sacred inside.