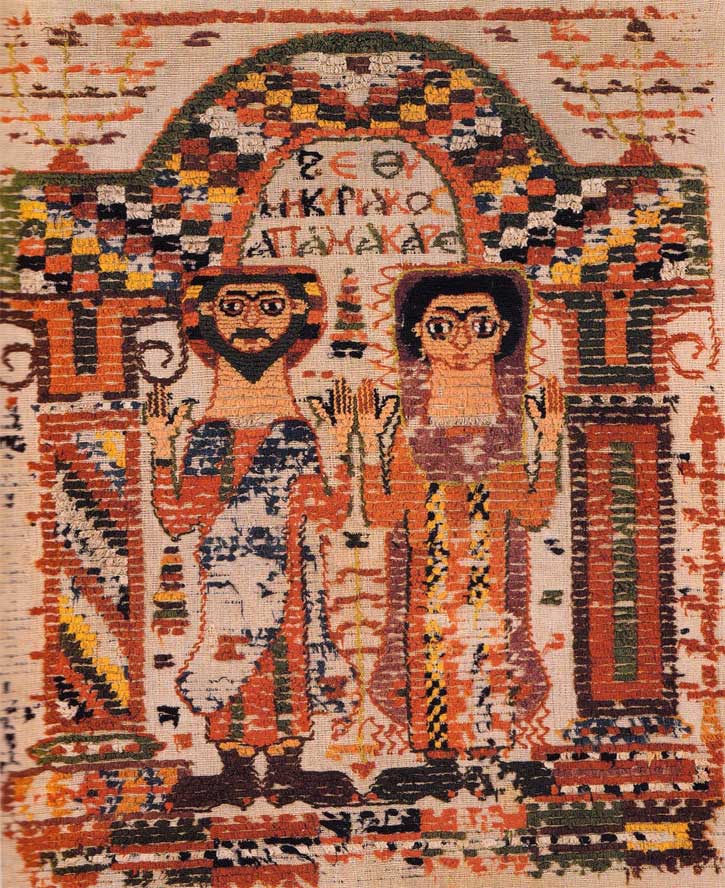 The Encyclopedia Britannica reports what is speculated to be the origin of the letter “E” in our modern alphabet:

The letter E may have started as a picture sign of a man with arms upraised, as in Egyptian hieroglyphic writing (1) and in a very early Semitic writing used in about 1500 BC on the Sinai Peninsula (2). The sign meant “joy” or “rejoice” to the Egyptians. In about 1000 BC, in Byblos and in other Phoenician and Canaanite centers, the sign was given a linear form (3), the source of all later forms. . . . (( “E, e.” Student’s Encyclopædia. 2008. Britannica Student Encyclopædia. 17 Feb. 2008. <http://student.britannica.com/comptons/article-9274097>.))

E is derived from the Greek letter epsilon which is much the same in appearance (Ε, ε) and function. In etymology, the Semitic hê probably first represented a praying or calling human figure (hillul jubilation), and was probably based on a similar Egyptian hieroglyph that was pronounced and used quite differently. In Semitic, the letter represented /h/ (and /e/ in foreign words), in Greek hê became Εψιλον (Epsilon) with the value /e/. Etruscans and Romans followed this usage. ((“E”. Wikipedia. <http://en.wikipedia.org/wiki/E>.))

The more I learn the more I’m convinced of Nibley’s striking statement, “All the arts and sciences began at the temple. Dance, music, architecture, sculpture, drama, and so forth—they all go back to the temple” ((Nibley, Hugh, and Gary P. Gillum. Of all Things!: Classic Quotations from Hugh Nibley. 2nd, rev. and expand ed. Salt Lake City, Utah; Provo, Utah: Deseret Book Co.; Foundation for Ancient Research and Mormon Studies, 1993, 45)).