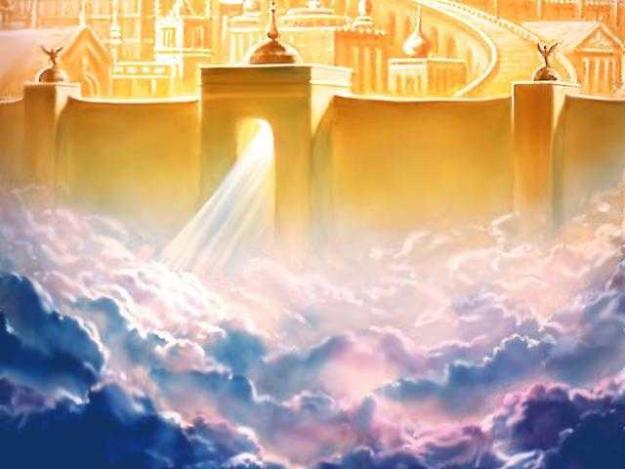 There are many more examples, both ancient and modern, that could be given which illustrate the existence of the heavenly temple, and most of them focus on the ascent one takes on their journey from mortality back to and through that temple to return to the throne of God.

The the last few days I’ve been pondering the existence of this temple and its role in our premortal life and journey into mortality. I have found that what we do on earth in the temple has striking parallels and resemblances to what occurred in the heavenly temple before the creation and our passage to this earth:

So, what happened in the premortal heavenly temple? It appears that the order of things in the temple is the same yesterday, today, and forever. Perhaps this is why as we attend the temple more often, the veil becomes thinner, and the ordinances of the gospel become clearer. Perhaps we begin to recall those teachings we received first in another place and time.

Update 3/30/08: I began to read chapter 13 in Dr. Skinner’s book Temple Worship this afternoon for the first time, and was pleasantly surprised to find the very same sentiments expressed by Dr. Skinner as I wrote yesterday in this post:

Thus temples were foreordained and foreseen by God before we came to this earth. Perhaps we bring with us into mortality very faint memories, maybe even only wisps of thought, of our commitment to temples and temple worship made in premortality. Perhaps that is one of the reasons we feel we are returning home when we go to the temple…. We were acquainted with temples in our premortal heavenly home, and now they serve as a point of contact with everything that was good and right before we entered this fallen world. ((ibid., 118))