Dr. Kathy Larsen has been a regular reader, commenter, friend, and selfless supporter of TempleStudy.com and many others, and has sadly been recently told that her cancer is returning.  It sounds like it may have been in remission for a time, but is now coming back.  We would just like to get the word out so that as many as possible may keep her in their prayers.  We will be sure to put her name on the prayer roll of the temple too.

David at HeavenlyAscents.com and I will be fasting for her this coming Sunday, October 19th.  If you would like to join with us in this fast, you are welcome to.  We pray that this difficult time will be a time of peace, comfort, and consolation to Dr. Larsen and her family, and that the Lord may bless them.

“And the prayer of faith shall save the sick, and the Lord shall raise him up… and pray one for another, that ye may be healed. The effectual fervent prayer of a righteous man availeth much.” (James 5:15-16). 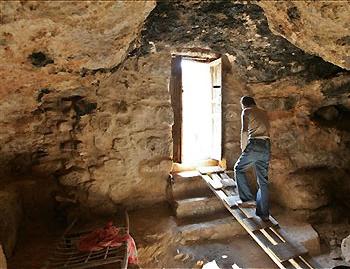 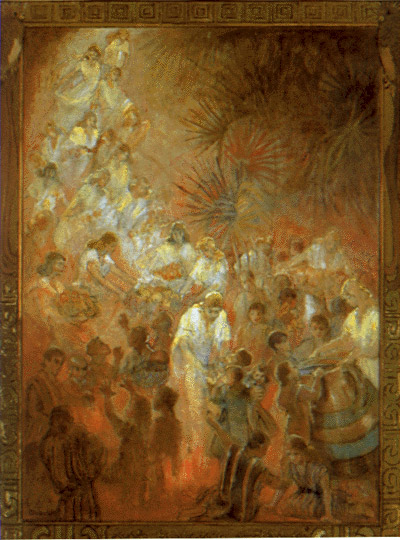 Mark Greene posted a comment a few days ago on my multi-part paper The Genesis of the Round Dance that I thought was very insightful:

In thinking further about your interesting paper on the genesis of the ring dance, I remembered that there is a marvelous example of a prayer circle and therefore a type of ring dance in the Book of Mormon. While teaching 2500 people at the temple of Bountiful, Christ organized them in concentric rings of righteousness and then He prayed with them. He was the center of these rings. Then came a ring of little children; next a ring of fire and angels; with the outer ring made up of righteous adults (see 3 Nephi 17:12, 15, 23-25). The message in forming these concentric rings of righteousness was in visual representation of the Savior’s imperatives found in 3 Nephi 11:37-38. To come unto Christ and become like Him we as adults must become sanctified little children.

I think that this might very well have allusions to a type of prayer circle when Christ visited the New World. Where else might we find hidden treasures such as this in the Book of Mormon?

A group of researchers has just begun a two-week excavation at the well-known Stonehenge site in England in an attempt to discover, once and for all, the meaning behind the mysterious ruins. According to current scientific dating, Stonehenge dates back to about 3000 B.C., but it has perplexed archaeologists for years as to the purpose of its creation. Who created it and why? Why was the structure a venerated destination for thousands of years, being built, taken down, rebuilt and expanded a number of times. END_OF_DOCUMENT_TOKEN_TO_BE_REPLACED

For those who may have missed it the first time when this blog was in its infancy, have a look over at at the 6-part series I posted entitled “The Genesis of the Round Dance.”  I’d like to get your take on the paper.  I didn’t receive much commentary the first time round.  (No pun intended).