We are planning our third fireside discussion at TempleStudy.com using Google Hangouts on Air, live online, for tomorrow night, Wednesday, August 22nd, at 7:30pm (get reminded by Google+ here).  Our discussion last week was great; we discussed the Dead Sea Scrolls, the Essenes, Qumran, the Temple Scroll, Jacob at Bethel and the symbolism of Jacob’s Ladder, and some thoughts from Elder Carlos E. Asay.  We should have a great chat this week too, with Professor William J. Hamblin leading the discussion.

In these discussions we talk about the history, principles, and reasons for the LDS temple, and temple worship antecedents in antiquity. Springboarding the discussion will be Andrew Skinner’s book, Temple Worship (chapter 1), which is also available as an ebook for Kindle.  If you would like to be a contributor, or “panelist,” in our discussion, and you have a webcam (or have an iPhone, iPod Touch, iPad or Android), please let me know.  Otherwise you can simply watch the discussion as it takes place here at TempleStudy.com, on the Google+ event page, or the recording later which will be here at TempleStudy.com or on YouTube.

I’m usually one who likes to believe. Joseph Smith once taught, “I never hear of a man being damned for believing too much; but they are damned for unbelief.” But the facts seem to be stacking up against this one.
END_OF_DOCUMENT_TOKEN_TO_BE_REPLACED 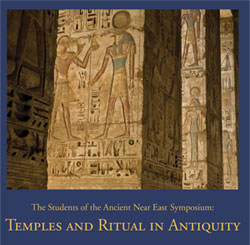 The BYU Religious Studies Center has posted a new webpage with information about the Students of the Ancient Near East Symposium entitled “Temples and Ritual In Antiquity” that will be taking place at BYU on November 7th.  They have the date, time, location, maps, schedule, phone number, flyer, and other information available.  See it here:

I’m really looking forward to this conference.  I am working with the organizers of the symposium to hopefully videotape all the presentations and make them available online later.  I might even be able to live broadcast one of the rooms to the internet, so those that are unable to attend can still participate.  Stay tuned… 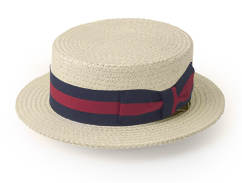 I had not heard of this kind of hat before so I did a bit of research.  I couldn’t find any reference to a katie hat, but I was able to find a hat called a skimmer, which is also known as a boater, basher, or sennit hat  ((http://en.wikipedia.org/wiki/Boater)).  Basically it is what we commonly call a barbershop hat today (see picture).  They are still popular in Italy where they are known as boater hats among gondoliers.  But there was something else in this passage that I wanted to research a bit.  END_OF_DOCUMENT_TOKEN_TO_BE_REPLACED