The word guile may date back as early as the 12th century, but is not very common in our vernacular today.  At first it seemed to me this might mean “lies,” but there is more to it.  Webster defines it as “deceitful cunning : duplicity.”  This doesn’t get us very far unless we understand those words too:

But who were the shepherds?  Have you, like me, considered the angelophany to the shepherds in their fields something that was completely random?  Were the angels announcing the birth of the Savior abroad in the land, and this was just one of the accounts that was recorded in scripture?  Or was there a greater purpose to the angelic revelation specific to these shepherds?  END_OF_DOCUMENT_TOKEN_TO_BE_REPLACED

Tradition has held that Solomon’s Temple, the first permanent temple that the Israelites built in Jerusalem around 968 B.C. and destroyed around 587 B.C. by Nebuchadnezzar, was located on the same site as the modern-day Muslim mosque, the Dome of the Rock.  A new archaeological team made up of Garth Norman, Lance Harding, Jason Jones, and John Pratt who have been studying the subject for several months propose that the original temple might have actually been located between the modern Dome of the Rock and the Dome of the Tablets.  They propose that Solomon’s Temple could be rebuilt, the Third Temple, on its precise original location without disturbing the standing Muslim mosque.  At least 20 other locations have been proposed for the site, including Margaret Barker’s last Monday, so it will be interesting to see how this new theory is accepted.

Some of the evidence this new theory presents seems somewhat unconvincing to me, such as the “pillar base.”  Could a pillar base from Solomon’s Temple really have survived intact on the temple mount since 587 B.C.?  What have other scholars proposed as the purpose of this stone, which stands out in the middle of the otherwise flat temple mount?  If that is where Solomon’s temple originally stood, and the pillar base is intact, would we not also see some evidence for the exterior or interior walls?

The question has been asked, and could be asked again, if the Third Temple has to be built directly on the first temple site at all, or only near it.  What do you think about this latest theory? 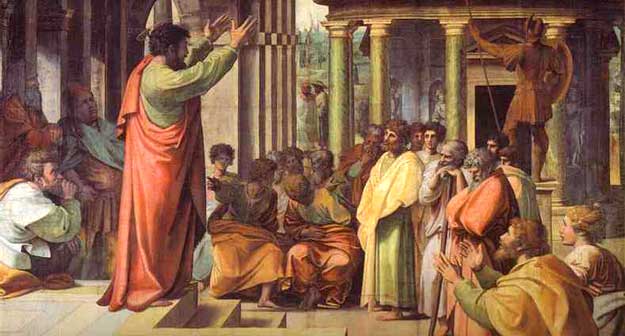 This is an honest question; unfortunately the scriptures in question to support the claim are misunderstood. END_OF_DOCUMENT_TOKEN_TO_BE_REPLACED